Updated: 18:19 Sunday 28 June.
This is a free listing made possible by groups and businesses who pay for their listing. 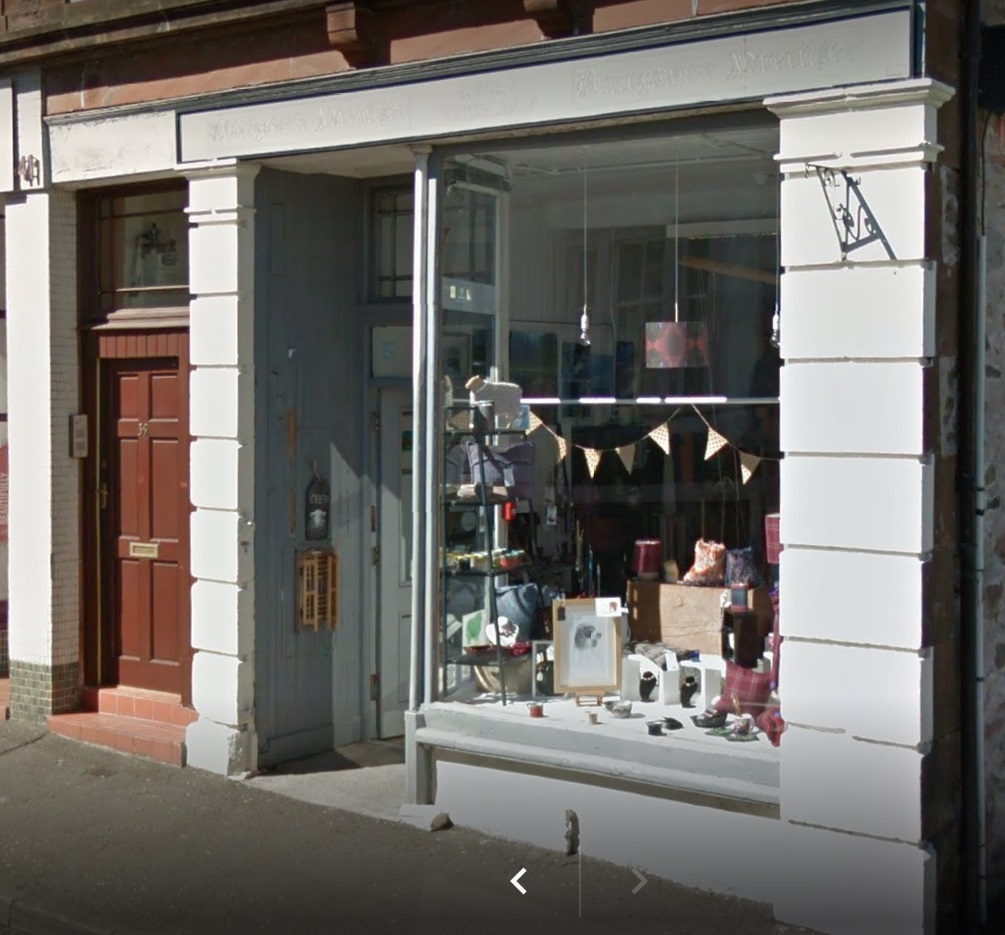 Our studio is open to the public:

The Studio: the studio opened its doors in 2013 – from its first beginnings, Ashleigh Slater, proprietor and master weaver, firmly believed in traditional hand-woven cloth and the purity of using 100% natural yarns and pure woollens and in keeping the yarn suppliers Scottish where possible.

Artificer - a Fusion of Fine Art & Fine Tweed soon followed in 2014. Inspired by the traditionalism of the Arts and Crafts Movement, this unique venture, located in Blairgowrie town centre, combines the creativity of 2 studios side by side - warpweftweave studio and Lyon Art studio.

A little bit ‘quirky’ in style, Artificer is first and foremost a working studio however it also welcomes visitors to browse between the looms at an array of wonderful paintings and tweeds created on site. A selection of gifts, bags, accessories and ceramics from emerging local artisans and artists can also be purchased and tuition and one-to-one classes are offered all year round.

“Don’t be afraid to come into the studios” says Ashleigh, “we are open to the public -we might look busy, with yarn or paint brush in hand... but we’re never too busy to stop and talk to our clients and explain this unique venture and share our passion for the arts and crafts.”

Inspired by the wealth of delicious berries and cherries grown in the area, it is here that Blairgowrie’s own ‘Berries and Cherries’ Tartan was designed by Ashleigh in 2014 and where the hand-made cloth is still woven.

The Tartan: The much-admired hand-woven tartan was on display at Ashleigh’s Warpweftweave Studio in Leslie Street during the 2014 Perthshire Open Studios and caught the eye of Melanie Thomson of local fruit growers Thomas Thomson (Blairgowrie) Ltd. Melanie was excited to discover the inspiration behind it and decided to support Ashleigh in registering the new tartan. Together they’ve named it ‘Blairgowrie Berries and Cherries’ and hope it will become a useful design to promote the town. “Ashleigh’s choice of colours in the tartan was exactly right for the fruits that we grow – wonderful cherry as the background and blueberries to the fore with the traditional raspberries and strawberries running through – I placed an order for a scarf straight away!” said Melanie. “I’m hoping it can be used for a range of items such as handbags, table runners, kilts etc and am keen to hear from anyone who is interested in using it.”

Warpweftweave studio is hoping smaller and larger companies will follow suit and take the chance to obtain a new tartan registered for their business. The boost to a company for a corporate tartan goes beyond the cloth and design - it gives a chance for businesses to set a new identity, stand out from the crowd and promote Scottishness.

The Tartan 2015 - Now: Following the introduction of the hand-woven tartan, the town’s Happy Feet Dance School were keen to use the design for their new costumes, necessitating the commissioning of a lighter mill-woven cloth. The fabric was re-designed to suit the finer thread and a long process of selecting a mill and the correct colours was started, culminating in Strathmore Woollens being appointed to weave the tartan. A month of successful Kickstarter campaigning to get the new fabric funded was the key to the project going ahead and generated lots of publicity for the ‘Tartan for the Town’ project. Three months in the making, the fabric finally arrived in the Artificer Studio on 10 July, well in time for the launch of the tartan on 22 August. Ashleigh comments “We still have a journey ahead of us to get the Blairgowrie Berries and Cherries products on the shelves but we have plenty of orders to fulfil – keeping us busy”.

Blairgowrie berries – for sure, but what about the cherries?

Renowned for the quality of raspberries produced in large volumes since the end of the nineteenth century, Blairgowrie is now home to a small but expanding late cherry industry. Thomas Thomson (Blairgowrie) Ltd one of the forefathers of the raspberry industry are now helping to pioneer cherry production in Scotland - in the same fields that first grew raspberries over 100 years ago! Melanie Thomson explains “There have been huge changes in fruit growing over the last 20 years; growers have had to be enterprising and react to the market demands - changing seasons, methods of production, varieties and even the types of berries grown – for example blueberries, which have only really become a commercial crop in Scotland the last 10 years. Cherries are an exciting development for us because as with blueberries we are playing to Scotland’s natural strength of being late in the summer. We can, with the help of polytunnels, produce wonderful sweet juicy black cherries to supply supermarket shelves throughout the UK following on from the English crop and fresh from the fields of Blairgowrie. Unfortunately we can't class a cherry as a berry - hence ‘Blairgowrie Berries and Cherries’ and also the crop definitely deserves to be promoted”!

Please login to claim this listing